Join in on this conversation with Zack Sucher (PGA tour player) his coach Tony Ruggiero, Mark Wood, and others as we talk about his journey to the tour and now his journey back after surgery and extended time away from the game.

Keys from this conversation on keys to Zach’s skill development and ability to reach the PGA tour.conversation:

Every step of the way I found that I wasn’t good enough.

Every jump I made I found, “I gotta get better.” When I was in high school I though I was really good. I got to college and I was like, “Oh, man. These guys are amazing. I had to struggle the make the five-man on the team.”

Worked my way up to getting that, made it to professional golf and got out on the Hooters Tour in one of the first events and was like, “These guys are incredible.” Everybody was shooting 20 under every week.

And I think just always, every step of the way, just trying to play with better people and get better along the way. I was never happy with where I was at for very long.

Parents will ask me how good their kid could be all the time.

I don’t think you ever know when a kid’s going to figure it out or when they’re going to get it. 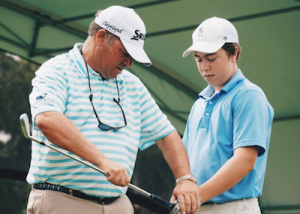 The PGA Tour has a bunch of guys that weren’t that great as juniors and were not really good college players, average college players on a not-a-great team.

And then that’s somewhere a couple years after college they figured it out.

I never want to be the person that tells a kid or a person that they can’t do it, or that they’re not going to be able to do it. I’ve heard teachers say that if a kid can’t hit it 300 something that they shouldn’t even try.

I just don’t know why you would tell somebody to not take a chance on their dream because, you know what? They may be the one that figures it

I kind of got into a rut there for probably a year, where I wasn’t playing how I wanted to. So that was difficult, playing for that long without being happy with where my game’s at.

I’m excited to get out there. It’s the longest I’ve ever taken without playing golf, so I can’t wait to get back to playing competitively again.

I took 13 months off of golf. I have to get some flexibility back, a little strength back, and, yeah, I’ll be ready in January.

Want to go behind the scenes and see how Tony teaches?  Check out our new workshop with him here. 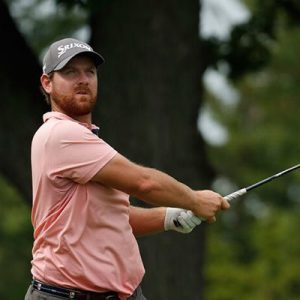 In high school, he was an all-state basketball team selection at St. Paul’s Episcopal in Mobile, Alabama, however his love for the game of golf soon took precedence. He attended The University of Alabama at Birmingham and was on the men’s golf team, where he was honored as a two-time All-American.

During his senior year at UAB, Zack ranked among the top 10 amateur golfers by Golfweek Magazine, launching him to be one of the talked about up-and-coming players in 2008. As an amateur, Zack won the Cardinal Amateur Tournament in 2007 and again in 2008, along with the Azalea Invitational that same year. Zack officially went pro in 2009, and played on the NGA Hooters Tour in 2010, 2011, and 2012.

Zack was a 2014-2015 PGA TOUR member. He was previously a member of the Web.com Tour from 2013-2014, where he had six top 10 finishes, and a win at the Midwest Classic in Kansas City. Zack currently resides in Birmingham, Alabama with his wife, Courtney and daughter, Hadley. He also plays out of Shoal Creek Golf Course. When Zack isn’t on the driving range, he enjoys fishing and all other outdoor activities. 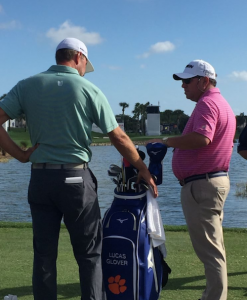 Mark Wood is a graduate of the University of Alabama and has been a Class “A” member of the PGA of America for twenty years. Mark hosts “Golf World on Air” a nationally syndicated radio show on the Sporting News Networks and has been published in numerous publications including; Sports Illustrated, Golf Magazine, Golf Digest and Athlon Sports Magazine. Marks accomplishments include being named 1999 South Florida Teacher of the Year, 2006 New Jersey Section of PGA of America, Teacher of the Year.

Mark has been named one of Golf Digests top 50 Teachers in America. Mark is also a contributing Author to Sports Illustrated, Golf Magazine, Golf Digest Magazine, and Athlon Sports Magazine. In 1986 Mark’s Tuscaloosa Junior Golf Tour was voted the best junior golf program in the nation by Golf Digest. Tour players, Dudley Hart, Bo Van Pelt, Jim McGovern and Brad Adamonis are just a few of the players under Marks instruction. He works with many top amateurs and juniors around the country.

Mark Wood has been a huge teaching influence of Tony Ruggiero dating back to his high school golf days in Birmingham, Alabama. He has been helping for the last two years with the junior development program and camps of the Dewsweepers Golf School. The Dewsweepers are proud to have Mark become part of all camps in the coming years. His knowledge, expertise and passion for the game help make the Dewsweepers program one of the most successful in the country. To have a friend and teacher with the success of Mark who’s student Bo Van Pelt is ranked in the top 10 in the world, is great for all of our teachers and students!