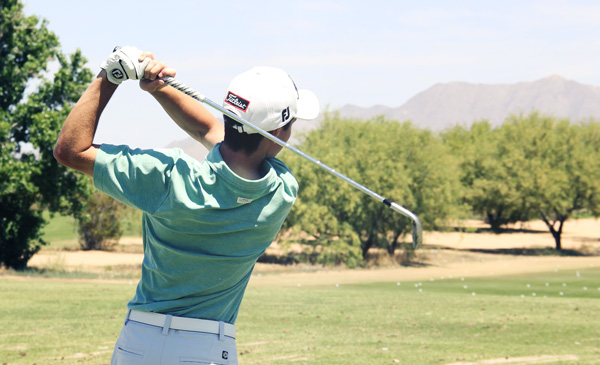 We have an expert in player development with us in this episode, Stuart Morgan.  He manages one of the largest full time junior golf academies and has years of experience developing skills, and helping players perform their best.

Today’s guest, Stuart Morgan started out teaching on tour believing everything was about technique. The player he was working with ended up losing his card and leaving the game… That experience motivated Stuart to never let that happen again and begin a search to better understand performance.

One area he’s dived into is learning and player development and has become an expert at junior development, and now is the director of instruction at the IJGA academy.

Never dismiss technique. It’s still very important there is just a lot more to look at.

In juniors there is a nonlinear period of time when they’ll go through growth spurts and experience change in the brain and body. You can see the legs grow first, feet are bigger, and torso / arms are small.

This ultimately leads to a loss of coordination and potentially skill regression.

Sometimes it can be as obvious as drastic differences from one day to the next during this period.  One day they can be aimed perfectly and the next they’re completely different.  Juniors during this period just don’t have the same awareness and coordination.

There are also mental factors to watch for as juniors might be fatigued and lacking in motivation during this period.    Stuart shares how he helps golfers through his stage with a mental break.  You have to scale the over all environment for the player.  A suitable challenge point if a player regresses back keeps people in the game vs dropping out.

A coach needs to help educate the golfer and parent about this process!

This is a can’t miss converstion. Listen in below!

Stuart Morgan, a Mid Wales native, played golf at the professional level and has been a PGA member since 1998. He has been a full time development coach since 2001 when he was asked to work for David Leadbetter. During his time with Leadbetter, Morgan was mentored by the father of modern coaching and spent time assisting him at two PGA Championships and at Champions Gate. Morgan has also established a personal client base on Tour and spent years traveling to tournaments with elite players.

Heavily specialized in player development, Morgan has trained with Dave Alred and studied from professors such as Dr. Richard Bailey, Dr. Martin Toms, and Tour player and lecturer Graeme McDowell on how to maximize results in a training environment.

Morgan’s Player Development redefines overall athletic training and incorporates a focus and understanding of each individual golfer’s unique needs. His approaches allow IJGA to remain at the forefront of training philosophies and technology.

Using select training methods he has helped develop junior players as young as eight years old to become international standouts and even juniors who have gone on to turn professional.