We talk with Sam Bettinardi about common putter myths he hears and the truth you need to know. Fantastic look inside Bettinardi’s research and manufacturing behind their putters.

We’ve never found once that at any particular face milling gets the ball rolling quicker or end over end, faster than any other face milling.

Because Bettinardi has their own our own manufacturing facility they’re able to make all of their own putters in-house. That gives them the unique ability to mill a face any face to test and prototype quickly. 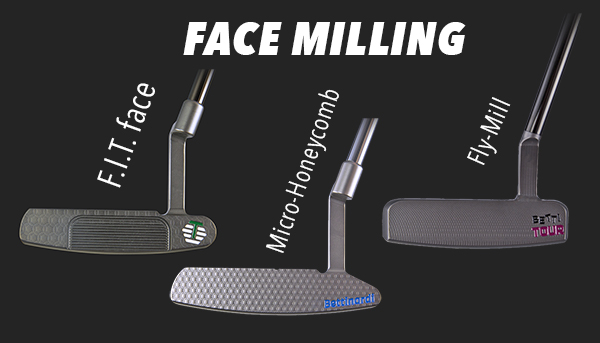 Both Robert and Sam believe that feel is sound. When the putter comes off the F.I.T. face, which is their softest face, played by Tour players like Matt Kuchar, Fred Couples, Molinari and Haotong Li.

Because it’s so soft and it’s very receptive on the fast greens on tour.

Their F.I.T. face is very popular on tour because it has a very soft feel and works well with the fast greens on tour. Used by players like Matt Kuchar, Fred Couples, Francesco Molinari and Haotong Li.

With all the faces they haven’t seen any face come off the putter head quicker.

“Now through all the faces that we’ve tried, not once have we seen any face come off the putter head quicker. So to you, in kind of what your question is, yes, I do believe that’s a myth. I don’t think there’s any evidence that can proclaim a ball starts rolling end-over-end.

I think it’s all feel. And that comes back to sound and what the player’s hearing.

That’s why some players may prefer a firmer face, versus some may prefer a soft, marshmallow-y face. It all comes back to the player. And that’s feel, that’s what it is.”  – Sam Bettinardi 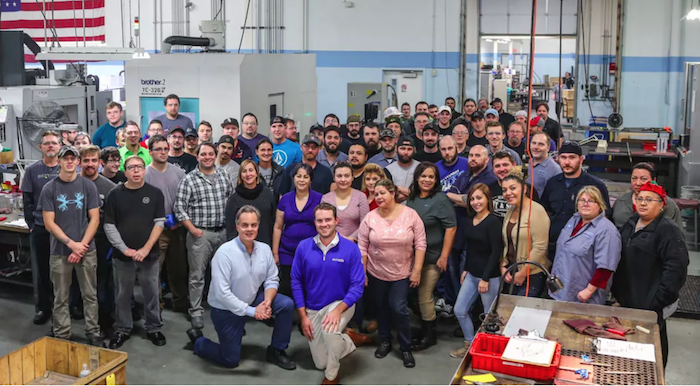 Bettinardi Golf was founded in 1998 by manufacturer, designer, and entrepreneur Robert J.Bettinardi. In 1991, Robert took his passion for golf and turned the putter industry upside down and into what it is today by crafting a putter from a solid block of metal. He coined the term “one-piece technology” where at the time other manufacturers used castings, forgings, and welding’s to create putters. Robert became the go-to for all the top OEM’s in the golf industry after his manufacturing breakthrough, which was born from a tenacious effort to make an average putter obtain added confidence and greatness on the greens.

The unrivaled combination of Robert J. Bettinardi’s talent as an innovative club designer, in addition to his state-of-the-art machining methods, has proven to be the pure formula for success at Bettinardi in the USA and worldwide. With over 70 worldwide Tour wins since 1998, Bettinardi putters continue to prove their distinction and find their ways into the game’s best golfers hands around the globe.