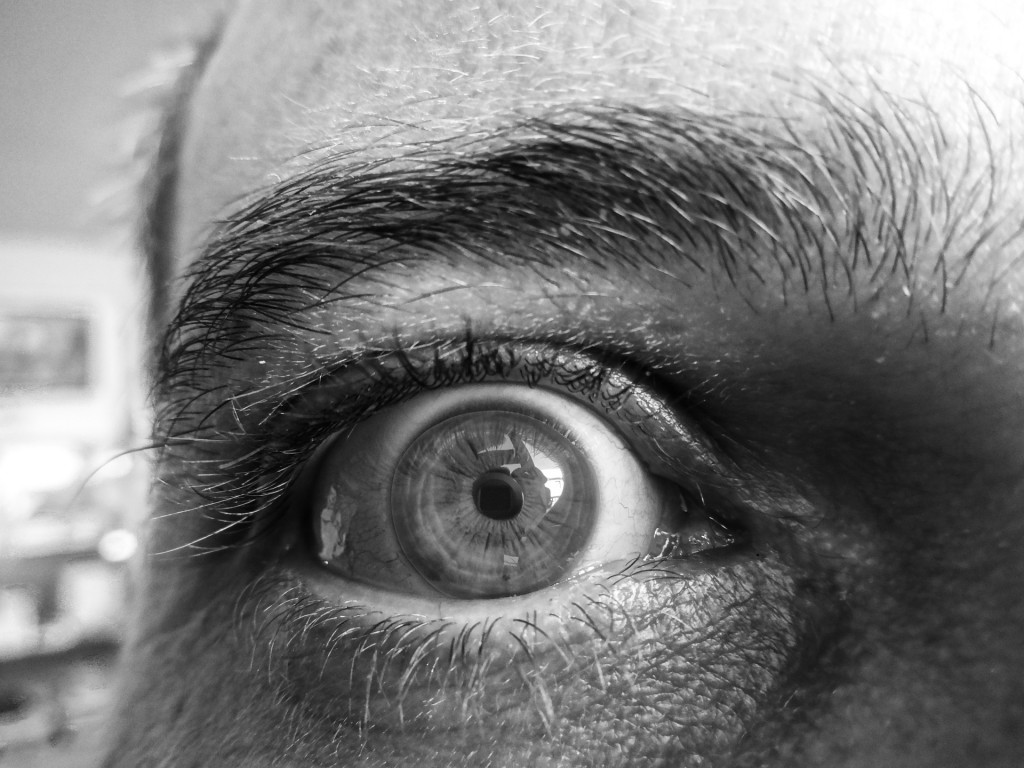 Recent studies have shown that visualizing right before we perform actually hurts performance. The studies found the most useful place to use visualization was away from completion.

In this paper they write :
Why imagery may not be effective: because skills such as imagery (which is a complex skill) is likely to take away from learning and performing. The fact that the second task, performing, happens shortly after the first ( visualization ), there is not enough recovery time. The implications is that individuals engaging in two self-control tasks, one right after the other, are at risk for performance on the second task being comprised.

It is acknowledged the motor imagery may take place away from physical practice and the actual performance. ( Smith , Wright . & Cantwell , 2008)

Perhaps what we could take away from these studies is that most of what we do is guided non consciously, without conscious try at visualizing, it just happens. We look and then perform, without a conscious attempt to visualize .

The information is always there in the environment, and it naturally enters our eyes and brain, and we then move on with an attempt at what needs to be done, based on what the environment was sharing with us. No conscious or competing thoughts of conscious visualization.

The golf course is always speaking to us, it is the most useful swing model. It tells us what club, what ball flight, what alignment, what size swing, and what speed to use, non consciously based on past experience .

Without knowing it, until I read this study, I think it’s how I have asked students to consider playing. No conscious thinking, just allow the information gained from past experiences to lead the way non- consciously. which is what guides most of what we do everyday. No conscious visualization, but seeing yes , but no conscious system of visualization to compete with how the non conscious is guiding performance .

For me, these studies support the view that we play to learn , and over 95% of leaning is done non- consciously. When the putt goes to far , the non-conscious lesson arrives!

Keep in mind the studies point out that visualizing during training may be useful.

Here are some of the comments to this post:

Pia Nilsson – Vision54: Thanks for sharing Michael. From all our experience we know it to be true that some play great visualizing and some don’t, before or during the shots. Like Michael Murphy told us “Girls, remember that each persons brain is as different as our faces”.

Jerry Haas – Wake Forest Coach : So good Michael. I completely agree with what you are sharing.

Leo McMahon – PGA Teaching Professional : Interesting article but it goes against what many top performers state they do to achieve top performance.

Jack Nicklaus specifically comes to mind. He talked about “going to movies” before he hit a shot. For me personally (not a top performer lol)

1. See the shot (go to movies)
2. Feel the shot (make a practice swing)
3. Let the shot happen (get out of the way and let instincts take over)

Tony Westwood – Mind Fit:
I love the article and it makes absolute sense. If players were able to ‘let
go’ of the traditional elements of how they game has historically been
developed by creating a separation between practice and play, and embrace a
process that enables them to use every aspect of what they do to enhance
their learning experience I believe they would reach even greater levels of
performance.

Jim Petralia:Thanks for the info. My own experience would probably support this.

Many years ago I was preparing for a critical tournament in Monterey. I needed to make a check, I was low on funds. I spent a few days with a great friend, Denny Dickenson, whom you met, but may not remember. He had helped me with self-hypnosis and visualization many times. He dropped me off at a driving range and told to me to”see” the shot out to the target, then “see” it back to address. Twice and then hit.

He came back two hours later and I had hit about 60 balls. He asked me how I did and I responded that the ball was going where I wanted so this was good. That was hard work. I would consider that training, consciously visualizing each repetition. He suggested when I played, that I should look where I wanted the ball to end up and then hit it. That would be performance.

I ended up tied with George Archer for around 8th place, made about $900, which was good when your broke.

Dr. Fran Pirozzolo: Does depletion of self regulatory energy (through this mechanism or any other) negatively influence effortful learning? Yeah- but we knew that already. The authors don’t seem to want to acknowledge the differences between performance and learning.

Michael Hebron
Highly respected throughout the international golf community, Michael consults on golf instruction to PGA America, Switzerland, Italy, France, Finland, Canada, Japan, Sweden, India, Australia, Chile, Costa Rica, England, Ireland, Wales, Scotland, Czech Republic, Spain, and Denmark. He has given instruction clinics at 30 PGA of America sections. Through his dedication Michael earned the honored status of becoming the 23rd PGA of America Master Professional. His book, See and Feel the Inside Move the Outside, was the first golf instruction book accepted as a PGA Master’s thesis. Since then, he has written hundreds of articles for leading golf magazines and authored 4 other books and 3 DVDs. Golf Magazine and Golf Digest have consistently named Hebron as a member (since their first listings) of America’s Top 50 Instructors.