What should your focus be on during a shot? When you’re learning, how should you think about a move to make a the most effective change?

We’re going to answer those questions in today’s episode on FOCUS with Dr. Gabriele Wulf.

Internal focus is what most people tend to use spontaneously and what most instructors, including golf coaches, promote by giving instructions that refer to body movements. An external focus is on the intended move and effect on an implement. In golf, there are a variety of things I could focus on externally such as the club, the club face, the target or hole, even the belt buckle or shirt buttons and so forth.

In one of our first studies published in 2007, we simply asked novices to hit golf balls at a target.

We conducted a very similar study with experts;

we were able to recruit golfers from the UNLV golf team with an average handicap of zero. We asked them also to hit balls at a target and we gave them very similar instructions: focus on the swing of your arms, focus on the swing of the club, or we just let them do what they normally do. And I was really surprised to see that even these expert golfers did better when they were asked to focus externally on the club motion, compared to both their arms and the control condition.

Any reference to body parts have been shown to be detrimental to performance and learning; it’s as simple as that.

When you focus on body movements, you consciously try to control your movements and the result is that you constrain your motor system, meaning there will be unnecessary co-contractions between agonists and antagonists, and even superfluous contractions in other muscles as well.

That disrupts the fluidity of the movement, and people use more energy than necessary, and accuracy of their movements is degraded and so forth. Now, when you use external focus, you use more automatic control processes which are unconscious, much faster, and as a result, movements are more efficient, more fluid, smoother, and more accurate.

So, performance and learning is facilitated and sped up. 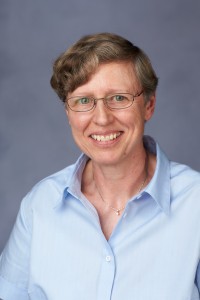 Gabriele Wulf is a Professor in the Department of Kinesiology and Nutrition Sciences at UNLV. Dr. Wulf studies factors that influence motor skill performance and learning, such as the performer’s focus of attention and motivational variables (e.g., autonomy support, enhanced performance expectancies). Her research has resulted in 175 journal articles and book chapters, as well as two books. Dr. Wulf has received various awards for her research, including UNLV’s Barrick Distinguished Scholar Award. She served as the founding editor of Frontiers in Movement Science and Sport Psychology (2010-2012) and the Journal of Motor Learning and Development (2012-2015). Currently, she serves as the Past-President of the North American Society for the Psychology of Sport and Physical Activity (NASPSPA).

You can check out Dr Wulf’s book here: Attention and Motor Skill Learning