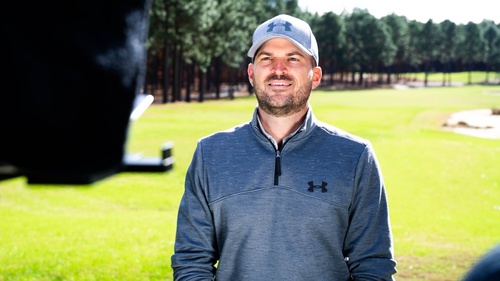 This conversation was recorded at Open Forum in January, at the PGA showtime frame. At that time, Eric was traveling around full-time on the road. We talk a little bit about his experiences; they’re really unique. I enjoy hearing the different people he’s spending time with, what he’s learning, all that good stuff. We also talk about some of his teaching and what he’s learned from all his students. He has a huge platform on YouTube and gets a lot of comments, a lot of feedback. And I’m so curious what he has learned from that.

I always enjoy sitting down with Eric and having a quick chat. Let’s dive into this and I guess a quick warning: there’s some swearing in this episode.

Cordie Walker: We’re here at Open Forum at the 2020 PGA Show. Just curious, over the last few months, what has been most interesting to you, whether you’re working with students or just learning and researching? Is there anything that’s been a pattern that is new to you?

Eric Cogorno: I think it’s a little bit unique for me, because I’ve been spending my time traveling and talking with different coaches. For me, it’s been learning from other people. I was saying this before, as I’ve been doing videos with other people. I’m spending time filming YouTube videos and getting their take on things. I’ve become more of the student, than the learner. And so, I’ve really been put in the shoes of the person taking the lesson, which has been eye-opening for me.

Really what it’s been is not sexy, but reconfirming a lot of the same pieces, in that most oftentimes, people need less things than I think. And when I’m the one intaking the lesson, that’s so apparent in front of my face, even though when I’m giving the lesson, it’s not all the time. So that’s been a key eye opener.

Getting In the Door With Mechanics

If someone practices with me and I had control over it, I would have people practicing four phases. So if you were to hit, let’s just say a hundred balls, there’s too many for the sake of an example. I would say the first 20 to 25, you should do a warmup and wedge distance control. As you’re warming up, you’re doing a skill of discharge as you’re doing it.

The second 20 balls, you would do mechanics, because that’s what they want. The third phase, you do what I would call a skill thing. That might be hit all the balls to the right of the target. It was some kind of game I’d make up.

Then part four would be a course where I’d do full routine. So, they would hit all the phases and they do mechanics within it. Now the trick for the average golfer is take this little feel I gave you. Now, if I’m a good coach, I gave you some of the fixture early extension. That is one thing and one thing only, with one feedback source. Then you need to learn how to take that feel, combine it with other little micro things that control ball flight, if changing your swing is your objective. Not mine.

Cordie Walker: I get it a hundred percent. I think people should message us on Twitter and tell us why you care more about your golf swing than your golf scores.

Eric Cogorno: Ego. I think ego, I really do. I think it’s the same reason that people dress the way they did in here. I think it’s the same reason why everything happening here is the reality in that most of us are conduits to what other people are thinking. And the same thing’s true in the first tee and that’s, I think, why a lot of people practice way they practice, because if they look like an idiot, hitting the tee shot on the first shot, they don’t care if they rally and chip and shoot 80. Most people want to look good on that first tee, just the reason why they are going to make money, why they drive the car they drive, and everything else. I think it’s a deeper psychological conversation.

Cordie Walker: And you’ve just found that because the content that you produce you’ve seen that bad is what works best. And you’ve obviously asked folks.

Eric Cogorno: I think there’s a business decision that I made. Planet Fitness, I believe, is the most successful gym on the planet. Last year, they did $850 million in revenue. It’s impressive. Do you know how many health companies that sell pills, do hundreds of billions? Now you’ve got a gym, where you go to the gym, do the correct thing, you eat well, you work out. 850 million. You take a pill, eat whatever you want. So, there’s a business decision there.

Cordie Walker: I’ll give you a minute. I don’t know if you have an answer right away for this, but is there anything the opposite of the first question that you’ve stopped doing over the past few months, or you no longer find super relevant? It’s just kind of faded away? Maybe it’s a tool, a piece of gear. You’re traveling now, you couldn’t take everything. Is there anything that you don’t use?

Eric Cogorno: I think, on a really macro level, I’m so sold on the fact that if I don’t touch and reach the person’s motivations as a human being, I’m not going to get the golf stuff that I want.

I’m really, really sold on that. And I will spend as much time on that as possible. I’d be curious to dig in for you, what you want with your golfers extension. Because to me, it sounds like your extensions wouldn’t even be part of the plan. So, I would say that is a big part of it from a swing perspective.

I would say I’m really big on club face. I generally teach people to square a club face first, to curve it left, kick their path more to the right to start a right curve over left, and then body pivot. That’d be my mechanics. I’m leaning more and more towards neutral, strong grips, not weak. It’s a preference model.

I would say maybe I’m not as concerned with backswing structure as I once was, minus three things: how much turn they have, how much depth they have, and their risk conditions and club face. I used to try and make takeaways perfect. I used to try and make a takeaway look perfect a lot. And the player’s takeaway would look good and they got worse. I would say I’m less concerned with someone hitting a spot that I think is correct based on data of golfers who are good; I’m more concerned with hitting one or two macros. 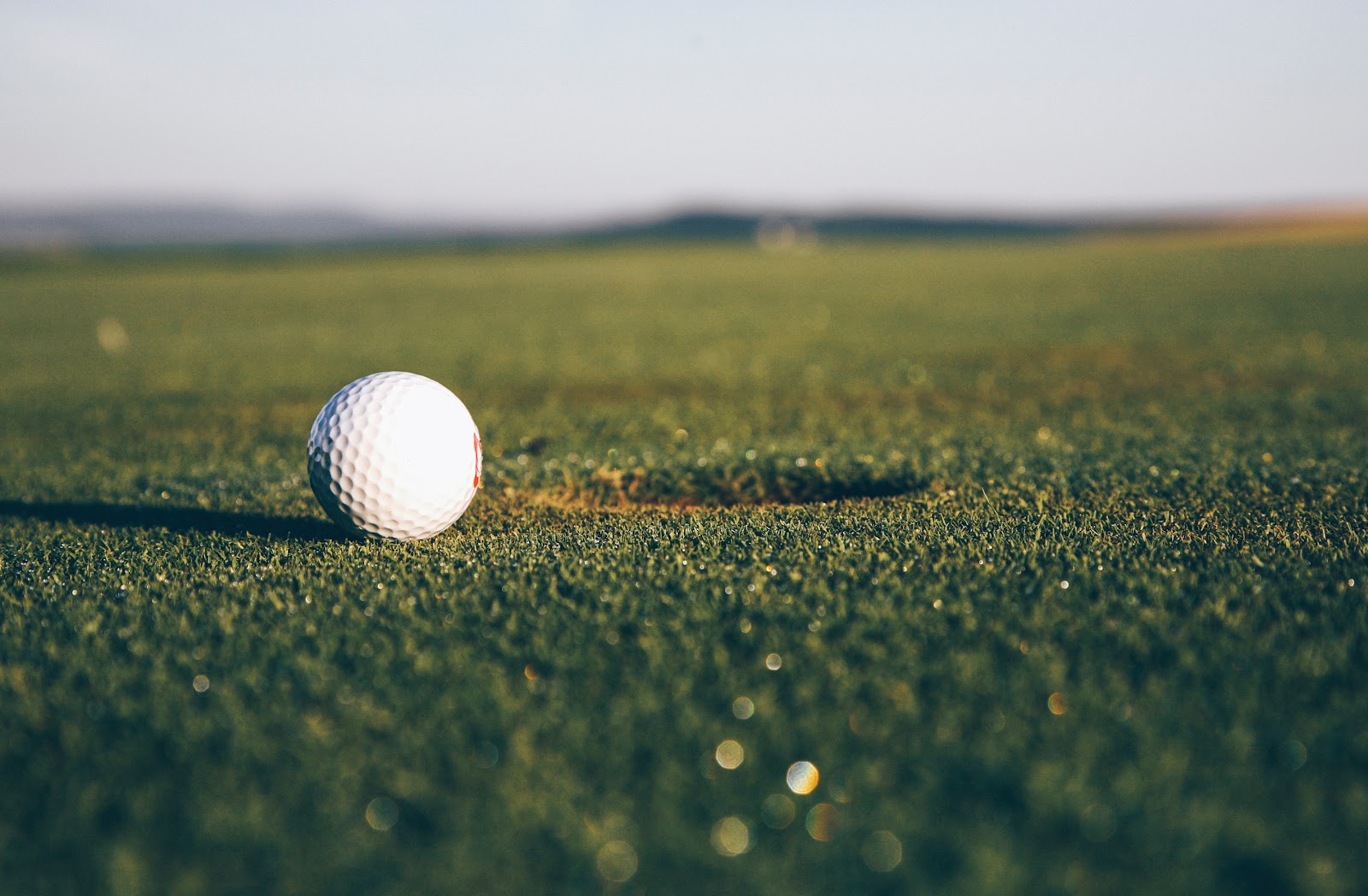 Eric Cogorno: My philosophy that I switched as of this year, which has been a correlation between my success, if you will, has been my willingness to go close to click baity and sell something short-term to get someone in the door, so I could really give them what I think they need.

I was unwilling to do that in the beginning part. And it reflected, I think in the amount of views we got, in success, etc. Now I’m willing to throw a video out that says some kind of bullshit, but then when the video comes on, I have your attention. And then I can talk about what I really think needs to happen.

And I think a lot of people are afraid to go that far because of their ego and they’re conscious of what people think. Because here’s the reality: we’re sending this thing. There’s some people in here who look at my videos and they don’t like what I do. They’re like, I don’t like this thing like that. And I’m okay with that. I think for people who want to film videos and do like that, it’s getting to that point where you’re okay with it, to put the content out, which you’ve been doing for a long time. Credit’s done. A lot of people would do that, but that same fucking shit applies on the first tee.

If you’re going to get better at anything. We can talk about the science behind this. This is what it is, right? The shit needs to feel goofy. There needs to be a learning curve. There’s going to be fucking errors along the way. There is no getting through this. There’s no hack to get completely through that.

Those who are willing go through that process, get better. Those who aren’t will not, unfortunately. There’s a big pile of people who will not go through that. And they’ve got a lot of money and it needs to go somewhere. So, that’s kind of what we’re left with.

The Benefits of Live View

Cordie Walker: Is there a piece of golf gear, whatever it could be, that you’ve bought or been given the last few months that you have started using and love?

Eric Cogorno: Live View. Game changer. Live View is a little device you put behind you and then you would link it to your iPad or phone and it’s live view, because you could see yourself live. The camera goes instantaneously, I guess you’d say, to the iPad. I can see myself as I’m going. I can draw stuff on the screen. You’d put the iPad on the ground and then the cameras would go behind. So, you can actually be in your golf posture doing a move and have the iPad right in front of your ball.

Recording yourself is the best feedback. Seeing yourself do a move live and the amount of feedback is fucking eye opening. So, I love that. I love that for people who are willing to put the time in to do it.

Cordie Walker: So, the best spots that people should go to, to check out what you’re doing are your YouTube channel Eric Corogno Golf, or your website www.cogornogolf.com.

Previous ArticleInteresting viewpoint on LEARNING w/ Michael HebronNext ArticleViktor Hovland: How to Prepare for a Major