What are the yips, where do they come from, and what can we do to fix them? We’ll answer all of those questions and more with sport psychologist Dr Rob Bell, as we cover mental toughness, the importance of toughness, and his research on the yips.

Study : Solution-Focused Guided Imagery for a Golfer Experiencing the Yips: A Case Study

A single-subject across situations design with repeated measures was used to test the efficacy of solution focused guided imagery with a 40 year old golfer suffering from a three year case of the “yips”. Yips are defined as jerks, tremors, or a freezing of the putting stroke which at the very least can add several strokes per round of golf. The current participant was experiencing an average of 9.2 yips per round during the baseline phase of the study and was able to decrease his number of yips to virtually zero, with an average rate of 0.2 yips per round during treatment.

We recruited single-digit handicap golfers that had the yips or thought they had the yips. We would film them playing golf, specifically putting with a single subject design and introduced an intervention, which was structured visualization. The program that they ran through and helped them to be solution focused instead of problem focused.

After we introduced the intervention, they all showed a decrease in the actual yips which was independently observed and recorded. It didn’t 100% eliminate the yips as there were times where an individual would go two or three rounds without a yip, and it would show up for later on.

Even though everybody decreased their yip occurrences, once we stopped the intervention and came back, weeks later, they were back to their baseline.

To see consistent results they would have had to continue the visualization program (which none did).

Why Does it work?

I think it focuses on, the positive, the solution and not dwelling so much on the negative of what we don’t want to have happened, and that’s what happens in sports and in life.

We have an avoidance mentality.

We don’t think about making it, we think about not missing it. You have to focus on seeing yourself improving and getting better, that was the imagery part, and that had the biggest impact.

Study : Solution-Focused Guided Imagery for a Golfer Experiencing the Yips: A Case Study

It’s a whole lot simpler if we focus on the process and let the outcome take care of itself.
All we are trying to do is commit to the shot when it comes to golf.

When he played at University of Florida and won national championship there were a lot of great players on the team, so what was different about Camillo as opposed to other players?

He had said, ‘Look, when I played a bad round of golf, which we all do, I just went back to the fundamentals and practiced what I needed to practice. What other guys would do start to focus on tweaking things, or searching for something and when we start searching, we get off the path pretty quickly” 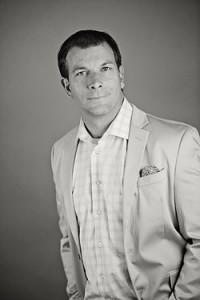 He was the mental coach for the 2013 USTA National Champion and has spoken and coached extensively to businesses, universities, and corporate athletes including, Marriott, Walgreens, University of Notre Dame, Morgan Stanley, among many others. Dr. Rob Bell is certified consultant of the Association for Applied Sport psychology. DRB and associates deliver mental toughness training through a combination of research and over 10+ years of applied experience with hundreds of athletes, coaches, and teams. He has been featured on ESPN, FOX NEWS, The Golf Channel, New York Times, Runner’s World, & Stack Magazine.

Dr. Bell was an assistant professor of Sport Psychology for six years, publishing over a dozen research articles on the “Yips” in Golf, and effectiveness of sport psychology interventions. He has been published in the Journal of Applied Sport Psychology, Journal of Athletic Insight, Journal of Sport Behavior, and The Sport Journal. Dr. Rob Bell is a husband and father of two and has completed two marathons in a personal best of 3:23, numerous other road races, and has a hole-in-one. He has participated in triathlons and Master’s Swimming Events. He enjoys golf, swimming, skiing, reading, running, and chess.

Thanks to Scott Hogan and Tom Cavicchi for sharing their stores about the yips for this episode.