The golf course can represent a threat to our brains and we need a system to deal with the pressure that comes along with that. Learn what’s going on in our brains during a round of golf and a pre-shot routine to deal with it.

The THREAT of Golf

The golf course presents a great opportunity to look bad in front of other people to our brains. We have an opportunity to make ourselves look great, we can hit the ball down the fairway, we can hole out a putt but there is a chance that they might all go wrong and that’s very threatening to our brain.

It comes back to protecting our image in front of other people.

We know that taking paracetamol reduces physical pain. Taking a paracetamol also reduces emotional pain because they are ruled by the same center in the brain.

A very successful female professional golfer who had been earmarked as successful from a young age, had hit a stumbling point. When things started to go wrong her only solution was to change her swing, or her equipment.

The problem was her thought process (or lack of) on the golf course. She had never explored that part of golf, she wasn’t aware of it and most of the supporting teachers coached, the technical expertise.

We helped her to understand the problems her brain was causing her and used the Pre-Shot System to give her some simple and practical ways to actually start her to think more effectively on the golf course before she hit the ball, as she was hitting the ball, after she hit the ball so that the pressure and expectation was placed on her shoulders wasn’t having such a negative consequences.

Most golfers center all their success and failure around the golf swing. If the shots don’t go where they’re supposed to it’s the swing’s fault which leads most players to refer back to their technical understanding.

Th girl in this case study fell into this pattern getting into technique when things weren’t going well, compounding the problem and not playing good golf under pressure. 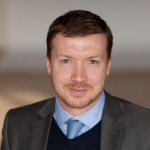 Jon Finn has proven expertise in developing high-performing people and is recognised by his peers for his success in this area. He created the Tougher Minds consultancy to work with business, schools, universities and sport.

Jon is Golf psychology consultant to the Professional Golfers’ Association of Great Britain and Ireland, and a Visiting Research Fellow in the Carnegie Faculty at Leeds Metropolitan University.

He created the Pre-Shot Training Programme for golfers, the Pre-Shot iPhone Apps, and wrote the Pre-Shot eBooks. These products are based on his extensive research and applied work in the area of Cognitive Science. They are also now used by sports National Governing Bodies, businesses, universities and schools to train people how to work hard and perform under pressure.

Prior to this, Jon worked as a performance psychologist in elite sport, providing support for Premier League football managers and Football League clubs. He also supported international rugby captains and continues to work with European Tour golfers.