Dr. Tim Lee is an expert in motor learning and he’s giving us an introductory look at how we’ve been falling short in our golf practice and learning environments.

In this episode you’ll learn about the nature of golf, what you need to know about random and block practice, and the actions you should start taking to create a better learning environment.

It Takes Courage to change bad habits in practice

I think you have to be courageous to say “my current way of practice isn’t working and I need to try something different“. I am not going to beat balls or as Lynn Marriott and Pia Nilsson say, “scrape and hit”, where I just pull a ball in, hit it and then pull another ball in and hit it again.

Some people don’t even change their grip, they just pull the ball in and hit it. I think it takes courage and conviction to say, “okay this isn’t working for me, I need to try something different”.

Hitting ball after ball is actually easy. But as we all know is that golf is not a particularly easy game. If you try to make it easy on the range you might be fooling yourself. Something that adds a little bit more difficulty to practice may end up benefiting you in the long run by being able to take that skill to the course.

The difference between block and random practice

Block practice results in better performance during the initial stage of practice. If you can imagine doing something 18 times in a row, you get better doing it that much quicker than you do random practice.

If your goal is to make a quick adjustment to the task, then block practice would have an advantage.

The block practice test group does very well during the initial assessment, but when they came back they did very, very poorly. In fact, they performed as if they had not ever practiced the task before.

The random group on the other hand, even though they had not improved as much during the initial stage of testing, they seem to have retained what they improved very well.

The point is that block practice is good if you want to show some temporary effects, but if you want long-terms benefits and transfer ability you are better off with random practice.

An analogy for this would be studying for an exam. If you want to retain information long enough to be relatively successful on a test and an examination, cramming is not a bad strategy. But the retention of that information will be very low.

My ideal driving range would have the kinds of things that you find on a golf course, like sidehill lies, rough, bunkers, and objects that you have to hit around. Those are not typically the things you find on a driving range and yet those are things that you encounter on the golf course. But when you do encounter them you’re unaware of how to deal with them because you’ve never “practiced” that type of shot.

Those are not typically the things you find on a driving range and yet those are things that you encounter on the golf course. But when you do encounter them you’re unaware of how to deal with them because you’ve never “practiced” that type of shot. I never had this problem on the range before, how am I going to deal with it now?

Who is Dr Tim Lee?

Get your copy of Motor Control in Everyday Actions 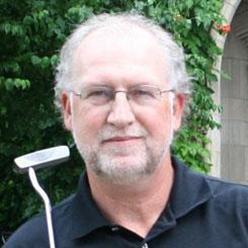 Timothy D. Lee, PhD, is a professor in the department of kinesiology at McMaster University in Hamilton, Ontario, Canada. He has published extensively in motor behavior and psychology journals since 1979. More recently, he has contributed as an editor to Journal of Motor Behavior and Research Quarterly for Exercise and Sport and as an editorial board member for Psychological Review.

Since 1984 his research has been supported by grants from the Natural Sciences and Engineering Research Council of Canada. Dr. Lee is a member and past president of the Canadian Society for Psychomotor Learning and Sport Psychology (SCAPPS) and a member of the North American Society for the Psychology of Sport and Physical Activity (NASPSPA), the Psychonomic Society, and the Human Factors and Ergonomics Society. In 1980 Dr. Lee received the inaugural Young Scientist Award from SCAPPS; in 1991-92 he received a Senior Research Fellowship by the Dienst Onderzoekscoordinatie, Catholic University in Leuven, Belgium; and in 2005 he presented a prestigious Senior Scientist Lecture at NASPSPA. In his leisure time, Dr. Lee enjoys playing hockey and golf. He has maintained a lifelong fascination with blues music and would one day love to put years of motor learning study into practice by learning to play blues guitar.