We sat down with two leading driver designers to explain what’s going on “under the hood” and explain some of the driver terms you might have heard but might not fully understand.

If you had the perfect MOI essentially every shot would have similar ball speed and you wouldn’t see any of the gearing effect with off-center strikes. MOI has nothing to do with the distance of your perfectly struck shot, but it’s got to help make your miss go almost the same distance as your better shot.

However, it wouldn’t mean every shot would go straight, because if your face is open to the path, it’s still going to curve to the right.  Miss-hit shots on the club deal with MOI whereas delivery of the club face is a separate factor completely.

When we do testing, we look at what we’d call a dispersion area.

So if you have 10 players taking 10 shots each, you have a hundred shots in a dispersion area, and what you see with high inertia clubs is that the bottom end of that dispersion area moves up.

The top end of that dispersion area, the very further shots stay where they are, but as you increase inertia, the bad shots gets better.

What is “Center of Gravity”?
It’s not actually a golf term but a physics term meaning…

Brian Bazzel shares how center of gravity works on the adjustable weight system on the Taylormade M1 Driver. 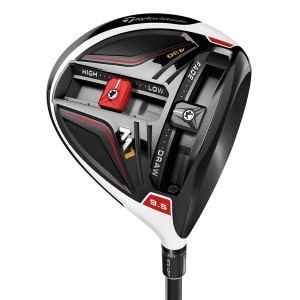 In addition to that, with the weight moving toward the heel, your ability to rotate the club becomes a little bit easier, so there are two impacts from that one change of center of gravity.

If you were to move the weight all the back with the “high and low” track you’re inertia values are starting to increase, providing stability on off center shots and protecting ball speed when you mishit it. Although the back track is labeled high and low for trajectory, it also relates to high and low inertia values.

Paul is the Vice President of Engineering at Ping, coordinating a department responsible for club design, development, innovation and testing. He moved there in 2005 after completing a PhD studying Solar Flares in the Mathematics Department at St Andrews University, Scotland.

He has spent most of his time with Ping in the research department working on the physics of ball flight, the club-ball impact and many other aspects of golf science. Some of his projects at Ping include the nFlight fitting software, iPing, Turbulators and TR face technology. 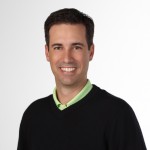 Brian Bazzel is the Senior Director of Product Creation for TaylorMade with a focus on metal woods.