What if tournaments and potentially “stressful” rounds of golf suddenly seemed easy? Well that’s what we’re going to talk about today with a constraint-based approach to coaching and learning.

The general tenant we’re going to talk about with Peter Arnott and Graeme McDowall is that your solution to problems are different from anyone else’s, so let the individual find a way that is fit for them to solve that problem instead of putting them in a particular position.

A constraint-led approach creates problems and challenges individuals to come up with solutions to those problems. These solutions could be a change in our motor pattern, change in a strategy, or change in a way of thinking.

An example of a constraint-based task from Peter Arnott

I gave the student the task of making six pars in a row. He was only allowed to go for the green if he hit it past 285 yards. If he hit it shorter than 285, he had to miss the green and get up and down for par. If he had a bogey, he had to start the task again. I was basically pushing him towards hitting the ball really hard. If you’re throwing a ball really hard or hitting something hard, you’re not really thinking about it. You’re just hitting it hard.

If we are training with scratch or plus handicap golfers, their bad miss off the tee tends to be to the left. I came up with a task of making six pars, which is actually very demanding. For the task we said any par four or par five that the left-hand rough is out of bounds.

All of a sudden the golfers are standing up there knowing that left is out of bounds and knowing that they don’t want to mess up the task. This forces them to come up with a solution. That solution might be to change the motor pattern or to it might just be to strategize differently. What the takes makes you do is come up with a different strategy.

You are becoming very prone to not be able to deal with adversity because you are becoming comfortable in that. This typically happens when you become overspecialized in playing in an environment that you are comfortable with. The constraint-led approach in the program is initiated in at the college level, and pretty much based around that concept.

The kind of feedback we received from players who have gone through that program is that when they go away and play tournaments, they feel like they have trained beyond the demands of that tournament because of the type of training they experienced.

They don’t always get a great look at the golf course, but because they philosophically trained in an environment that is very non-stable, they feel a sort of calmness in this environment. They don’t feel overrun by it and that is the key attribute that we feel that they need.

Your solution to problems are different from mine

The core philosophy of our training program is this notion of keeping people away from stability. Too much stability is a bad thing and every time you come up and train in our environment it’s not going to feel stable, because this more closely mimics the performance environment.

Look at the success that Tiger Woods has had over the last couple of decades. He is a guy who is probably the best at being comfortable when things get uncomfortable. He is the guy who is best able to adapt to his environment.

You have guys that go through the program and they say that nothing is flustering them anymore. The reason we typically get for this is that they actually feel like their training environment is more difficult than their performance context.

Your solution to problems are different from mine. The key concept is to let the individual find a way that is fit for them to solve that problem instead of putting them in a certain position.

Graeme has an MPhil in Sports coaching from the University of Birmingham and is a full time Golf and Sports coaching lecturer at the SRUC in Scotland. He is also an associate lecturer and a PhD researcher at the University of Abertay Dundee. His main area of research is skill acquisition in sport and as well as being a practitioner in this area with the high-performance golf programme at the SRUC, he has worked with coaches in rugby and football.

Graeme is currently involved with some of the world’s leading experts in non-linear pedagogy, in a project aimed to bring coaches, academics and education professionals together to raise standards in player development. 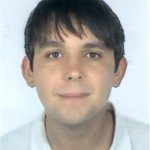 Pete is currently studying a MRes in skill acquisition and has worked with all levels of golfers using a constraints-led approach from novice to European Tour Player.

Indeed, recently one of his Star pupils, Nastja Banovec won a very prestigious Professional Tournament (The Paul Lawrie Invitational) whilst still an Amateur.

Peter has also just recently returned from talking to over one hundred delegates from all sports at the English Institute of Sport on how he puts ‘science’ into practice and has been asked to talk at several high-profile institutions as a result.