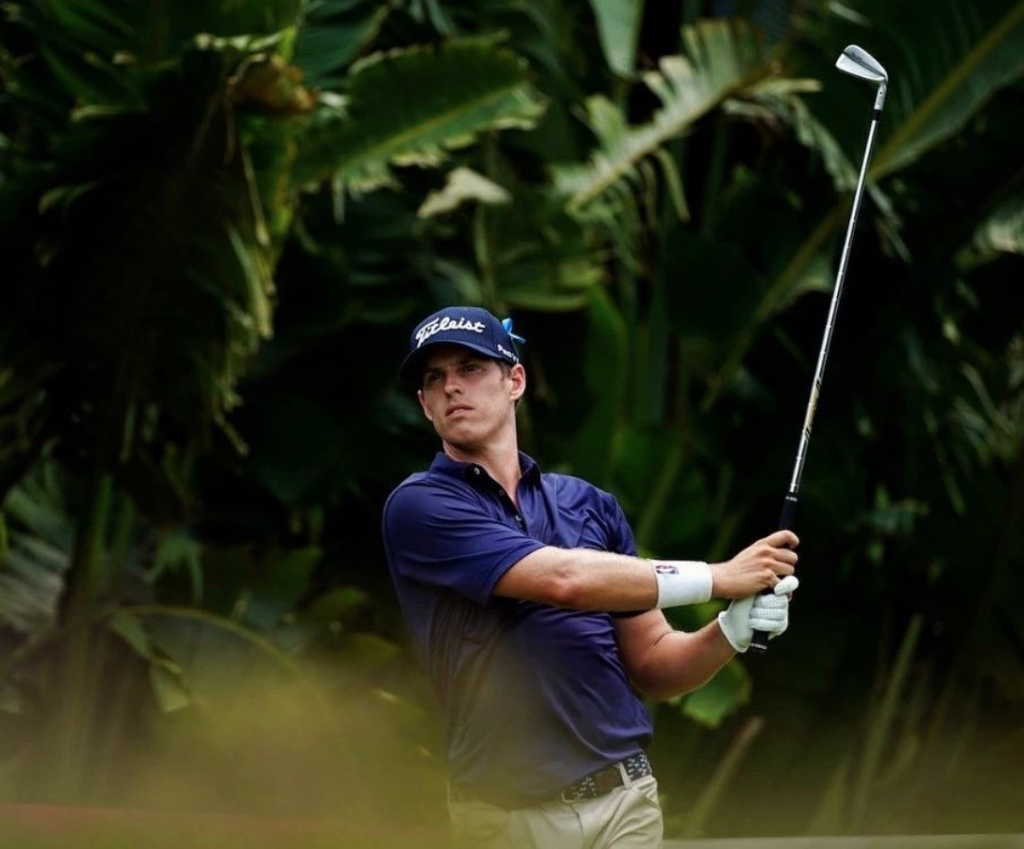 This is one of those things that everyone one of us have done at some point… And it’s OK but you need to have the awareness to move past.

Recently in an interview, Brad Gehl talked about his journey as a golfer. He walked on at OSU and played on one of the best teams in the country.

From there he’s bounced around on different tours and continues to improve as a golfer. He’s based out of Jupiter FL and has the opportunity to play with some of the top players in the world on a regular basis.

And he along the way he learned a fascinating lesson that applies to all of us.

When I first moved down to Jupiter and I played with all the guys, like Rickie Fowler and Daniel Berger.

But then somewhere along the way, I realize that I was making a ton of bogeys. I was making enough birdies, but I was doing a lot of things that wasn’t myself.

I was trying to pick off all these things, but trying to make them my own.

And it wasn’t until I was sitting on the range and I kind of realized that I’m better hitting a cut, I’m better not trying to hit it a mile, and those things.

And then went and I played some rounds in tournaments thinking about how I play this game. And then that’s when I saw consistency. That’s when I saw my numbers get better on my bad days.

But it wasn’t an overnight thing.

You see so many guys that get out on tour from, from web or whatever and they try doing other things with the golf ball because that’s what they see because those guys out there, no joke. I’m lucky enough that I’m not on tour and I see those things and I can learn. And that’s again why I think I believe that I can get to where I want to go and be successful there.

It doesn’t matter when I get there, but I’ve been lucky enough to learn these lessons now and try and own them that when I do get there it’s going to be, it’s I, I hopefully I can be sure

The message… we all are unique and have our own strengths and weaknesses we need to look at.

What works for you probably won’t work for me and we need to be ok with that.

This was a phenomenal interview with Brad and I can’t encourage you enough to listen in.