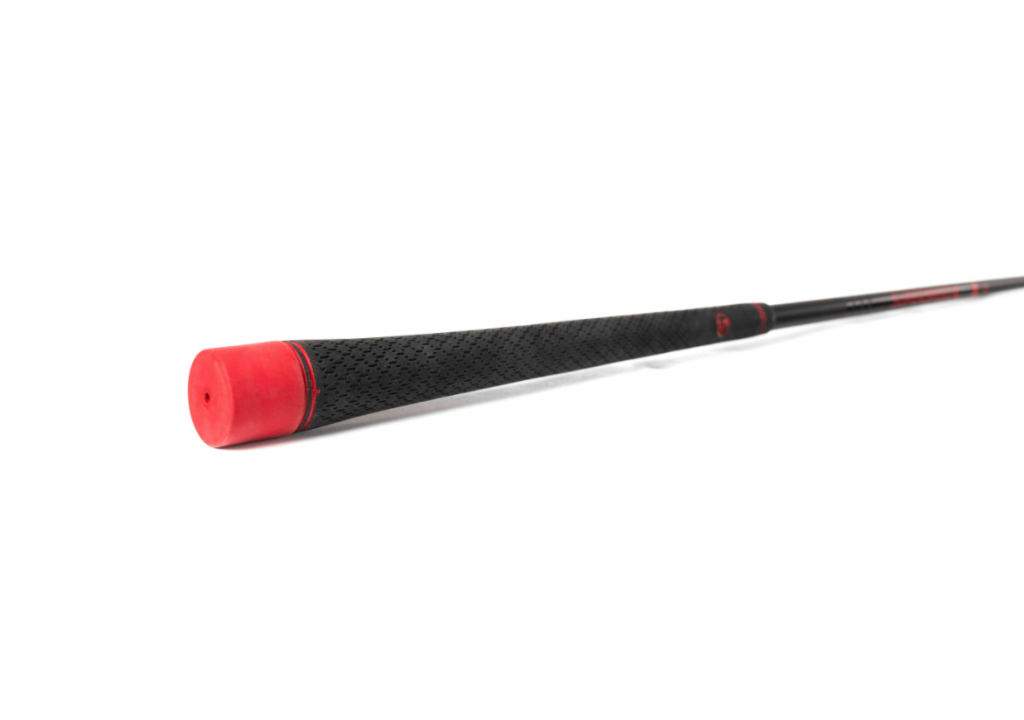 Over the past few years, SuperSpeed has become one of the most used training aids on the PGA Tour, with the over speed training aid frequently seen sticking out of the top of tour player’s bags. The original idea of SuperSpeed is to increase club-speed and allow the golf to hit the golf ball further.

Enter SuperSpeed C, the newest product from the company aimed to increase the speed of a different part of the golfer, their hands and arms. How you ask? Counterweight.

The way this product accomplishes that feel is by placing a heavier weight at the top end of the grip and a lighter weight at the bottom of the shaft, where the club-head would be.

Get the full story on a past workshop diving into counterweight training. Watch here.

The easiest way to explain what this looks like in an actual golf swing is by describing the lag in someone’s motion. If you look at the swings of Sergio Garcia, Gary Woodland, and Lucas Glover among others, they have incredible lag in their downswings and create an enormous amount of hand speed through the ball.

This hand speed along with using the ground and rotation more effectively, helps them unlock an incredible amount of speed and efficiency. SuperSpeed C helps players with the lag of the swing.

Creating hand and arm speed to match the ground forces and rotation created by the original SuperSpeed system.

Counterweighting golf clubs is not new, Jack Nicklaus had his clubs counterweighted almost his entire career. In modern equipment, many top driver shafts are counterweighted to move the balance point of the shaft closer to the hands, in order for the shaft to feel lighter towards the head and more balanced throughout.

The SuperSpeed C will allow the golfer to work on feeling a smoother acceleration through the ball, a more balanced feeling that will speed up their arms and hands through the ball.

This idea also creates a more stable golf swing and trains the arms and hands to accelerate similarly to the body, which is what the original SuperSpeed trainer aims to do.

The SuperSpeed C system works alongside the traditional SuperSpeed training system by helping to develop a different part of the swing.

The original system uses three different sticks at three different weights, essentially training your body that if it learns to train at higher speeds than normal, it will be more likely to want to perform at that speed on the golf course.

According to SuperSpeed, they recommend training with the C system in place of one of the other three weights or as a stand-alone training.

This system will benefit players who have trouble releasing their hands through impact and will also allow current SuperSpeed users to be able to change up their training routine.

The original SuperSpeed system does not target specific muscles or cardio type training, instead it allows your body to swing at faster speeds than it could have previously though.

The C system specifically targets the hands and arms to allow them to maintain connection and additional gains at impact.

Countless numbers of tour players have trusted SuperSpeed training and it is a common occurrence to see the training sticks in a number of staff bags up and down the range at each tour event.

SuperSpeed C fills a need in the SuperSpeed Family, and we shouldn’t be shocked to see this training aid alongside it’s counterparts in the bags of the best players in the world.

Get the full story on a past workshop diving into counterweight training. Watch here.