You need to change your beliefs about putting… Here’s the research and application you need to know.

We tackle common putting contradictions like “straight back and straight through” “pendulum” “eyes over the ball” and give you a gameplan to improve your putting.

For something that’s supposed to be so simple, we’ve used enough clichés and enough tips that have absolutely just got people confused.

David Orr tackles the “straight back, straight through” putting concept

Logically, that argument has a point but the problem is, whoever came up with it never measured the body. They’ve never measured the wrist, the forearms, the elbows and the upper arms. Dr Rob Neal, Phil Kenyon and myself actually have. 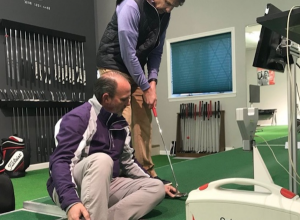 Only 11% of golfers had a linear trace of the path and in order to do that, you would have to change the angles of the wrist and the elbows and the upper arms to accomplish moving that putter in a linear fashion. (a lot of manipulation to accomplish straight back and straight through)

The most common pattern is straight back and arc left. So there is your straight back portion, but they arc through the ball to the left

Listen in and learn the full story below!

Interested in learning more from David Orr?
Make sure to check out flatstickacademy.com and his upcoming putting conference in December. Fantastic info from David worth looking into! 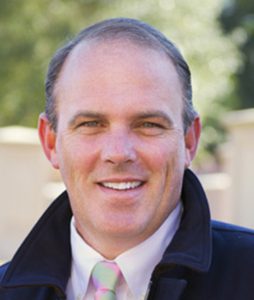 David Orr is a PGA Professional, who specializes in putting for over the past decade. Serving as the 2011 Carolinas PGA Teacher of the Year and Director of Instruction at Campbell University’s PGA Golf Management Program, Orr has been coaching golf for nearly 25 years.

David is highly regarded amongst his colleagues and peers, as a “world-renowned” putting coach, a public speaker, and 3D putting researcher. As a result, Orr is often invited to present his Tour- Tested Putting Instruction/3D research at Coaching Summits, Conferences, Open Forums, PGA Sections, and Golf Venues throughout the Domestic US and abroad.

Furthermore, he loves to share his experiences, information, and insight, with the other golf instructors through his “Flatstick Academy Certified Instructor Program” that has been developed over the past couple years. His new website flatstickacademy.com was launched in July of 2015 and is considered a “Super Value” amongst avid golfers and instructors alike.