In this episode we’re looking at launch monitors; how they’re used, how the technology works, and what they’re role is in golf at the moment with our guest Liam Mucklow.

How to Best Use Launch Monitors

First and foremost, no launch monitor is going to tell you what to do. It only tells you what happens.

The last thing is to always determine a key performance indicator before an intervention. Drill it down to the lowest common denominator, what is the one thing that I want to change and focus on that piece of data. If you’re constantly using tons of data points and start hitting shots you are going to be distracted by a whole bunch of figures that have little correlation to performance.

#1 – Always displaying and working on too many data points.

To often people see all the data points from a launch monitor and try to make a whole much of zeroes flash up on the board. Basically no players on the PGA tour have zeroes across the board and it’s not something to necessarily be working toward. 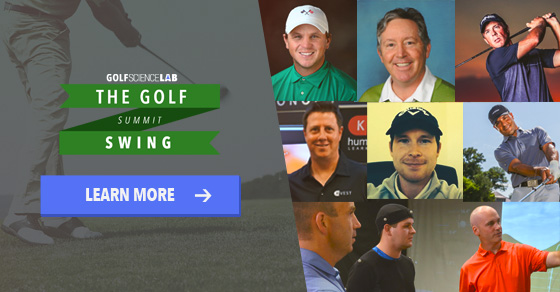 One launch monitor measurement method is doppler radar which evolved from missile tracking technology. The unique advantage of radar is that it can typically measure the full flight of the golf ball or if you want certain devices have a function called normalize so you can measure the launch conditions of the golf ball and extrapolate full flight to essentially eliminate things like wind conditions and environment.

Camera based technology measures the golf ball after the strike as it passes through the first 12 to 24 inches of flight depending on the system. High speed cameras take multiple images of the ball during that launch and use software in order to calculate the spin rates, launch trajectory, launch direction and velocity of which the ball is traveling. From there, it uses an algorithm to extrapolate what the full ball flight would be.

Trackman Golf: Radar based technology, Trackman was one of the first companies in the market place and arguable one of the most well known and widely used throughout the industry.

Flightscope: Another radar based launch monitor, Flightscope has been around for years, initially working in the defense industry before moving to golf and other sports. Great technology used by lot’s of instructors and club fitters all over the world.

Check out the image below of how a Flightscope collects data to get a better understanding.

Skytrak: SkyTrak is a Photometric, or camera-based system, similar to commercial systems of this type that take high-speed pictures of the golf ball right after impact.

Voice Caddie:Very affordable personal launch monitor, the SC200 and SC100 from Voice Caddie have gotten some pretty good reviews over the years and a good option if you’re looking for 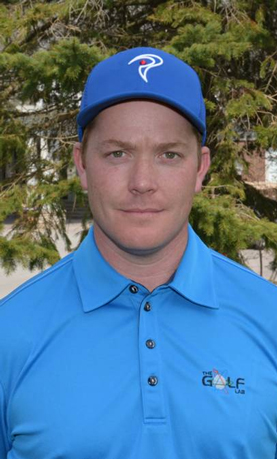 Joined Callaway Golf in Carlsbad CA in 1996 as a wax and shell operations manager in Callaway Golf’s Prototype foundry. Managed state of the art investment casting shell and wax operations for metalwood, Iron and putter prototypes and production. Then as a product analyst researched COR for the characterization of prototypes, competitor and production metalwoods. Continued responsibilities included being in charge of all competitive club analysis to include the performance measurement and characterization of mass and physical properties, metallurgy, construction and materials, player and robot analysis and durability. In 2005 joined TaylorMade Adidas Golf as an engineering technician measuring all aspects of mass and physical properties for club materials and equipment. Then as a product analyst, conducted performance prototype, competitor and production player club comparative analysis to include DOE for robot and player club research.

Located in San Diego, California, Foresight Sports develops the most advanced—and most trusted—performance analysis solutions in the golf industry. Since its start in 2010, the company has experienced meteoric growth to become a global leader in launch monitors, golf simulators, gaming and professional software, and custom solution development.

Recognizing the advantages of camera-based launch monitors, Foresight Sports began as a collaborative effort between top industry engineers and a business-savvy executive team with a deep passion for the game. The result was the company’s first product, the GC2 “Game Changer” Smart Camera System.

In its six short years on the market, the GC2 has lived up to its name—leveraging its unmatched accuracy and indoor/outdoor ease of use to become the best-selling professional grade launch monitor ever created. Two years later, Foresight Sports released an advanced clubhead tracking solution called HMT—Head Measurement Tracking. Paired with the GC2, the combination proved to deliver the most comprehensive ball and club data ever seen in the industry and quickly became preferred technology of top fitters, instructors, club makers and Tour Pros alike.

The company quickly expanded its golf simulation and software solution offerings, including its own true-to-life gaming software, FSX, along with advanced fitting and instruction apps—all powered by its game-changing line of launch monitors.

Something Elated by Broke for Free

Let’s start at the beginning by Lee Rosevere

Only Instrumental by Broke for Free