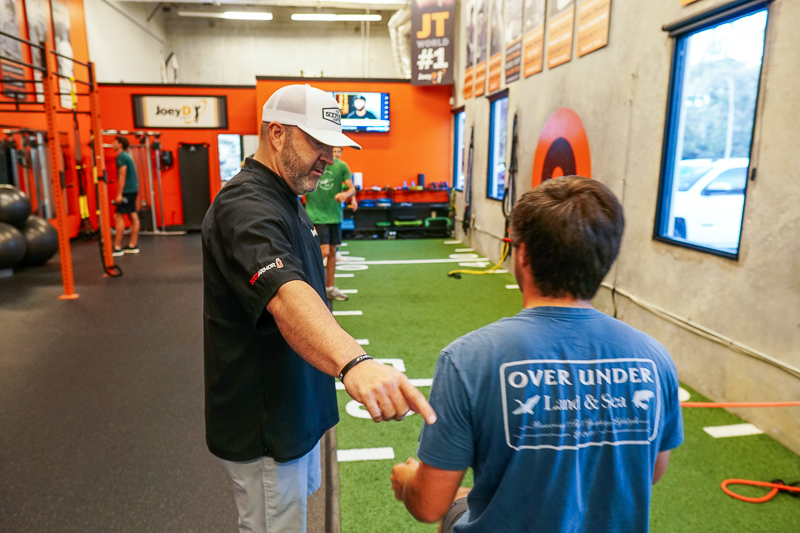 Top coach and trainer Kolby Tullier talks about how to make your training more EFFICIENT and golf specific.

There a couple of things we do to go from nonspecific, more like a bodybuilding exercise and then into more of a sport-specific more functional exercise.

Let’s take something like a bicep curl. So bicep curl from a traditional standpoint, your sitting on a bench doing a basic bicep curl just isolating your biceps.

He doesn’t have his feet or his lower body engaged by sitting on the bench.

Now, not only are we doing the biceps like we were doing before… think about all the muscles that we just brought into this whole exercise.

We have him on one leg so it’s stabilizing his foot, it’s an increase in ankle mobility, stabilizing the knee, increasing his hip mobility. Now the glutes are firing, so now you’re going to see more of a stable lumbar.

That’s the difference between functional and nonfunctional exercises. Specific and nonspecific.

We want to recruit as many muscle fibers and motor units as we can to make him a better athlete.

We’re training his brain along with his body.

Want to learn more from Kolby? Listen to this recent Tour Coach podcast episode to hear about his work with tour players like Lucas Glover and Justin Thomas.