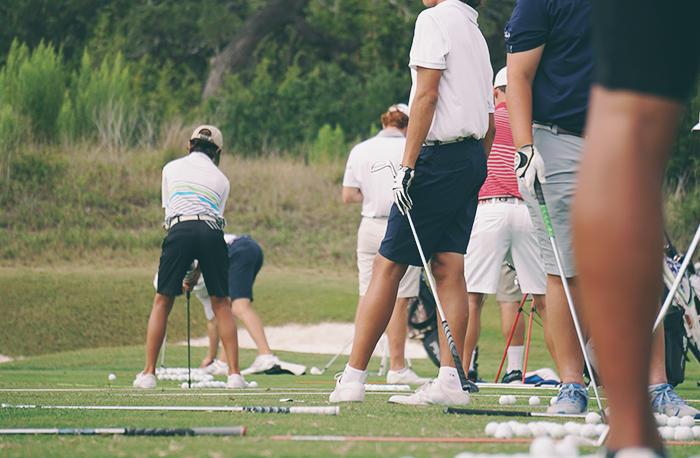 Today we answer a few questions from you all around building a practice plan for more effective growth in your golf game. It’s a real conversation about practice and getting better in a world where most golfers struggle to follow through with effective training.

We talk about their process of building a practice plan which they cover extensively in the book and how as golfers we can often get reactive and looking for constant change. Here’s an excerpt talking about that process.

We started working with a professional rookie this season who came to us after a season of poor performances. He was looking for some new answers. His hopes and expectations were exactly the same as those of most of our recreational clients when they come in for the first time.

He wanted us to watch him hit balls and identify the technical deficiency in his swing that was holding him back. After a thorough assessment of his skills and technique, we explained to him that his golf swing was highly functional. It produced a level of ball control that got him through the junior golf ranks to a scholarship at a top school, and it now gave him the chance to make a living playing golf. 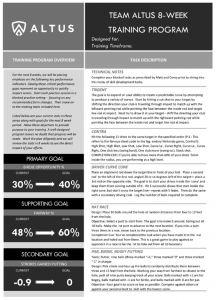 Our biggest job was not fixing his swing—which was clearly good enough to shoot low scores. It was to shift his mindset so that he could see that there might be another way to go about improving.

So our first action was to create a practice plan that addressed his unique needs as a player. There were some technical adjustments he could make, but more than anything, we wanted to diversify his technique so he felt like he owned his swing—and could transfer his skills to whatever shot he needed to hit.

He came for a traditional lesson, and left with a comprehensive performance plan. It laid out the technical keys we identified as important, but more importantly, it emphasized the specific steps he needed to take to diversify those skills. (You’re getting an adapted form of that process in the pages of this book).

After he spent some time with this plan, the player came back to us for a follow up. He was happy to report that his scores were going down—but the most interesting byproduct of his work was that he was having way more fun both practicing and competing.

Instead of grinding it out on the range in the endless search for perfect technique, he was attacking skill development in a way that made him enjoy the experience of chasing his goals.

He was getting better fast, and enjoying the process.

How to Win FREE Coaching from Corey and Matt

Step 1 – Purchase the book from Amazon.
Step 2 – Leave a review on Amazon.
Step 3 – Take a screenshot of your review.
Step 4 – Tweet, or Facebook, or Instagram and tag GolfScienceLab OR Corey Lundberg OR Matt Wilson

About Better Faster the Book

Better Faster is a choose your adventure book in the sense that it’s laid out to help you create a plan to help you optimize you’re training and ultimately get better faster.

In this book, we’re going to give you an operating system for your own skill development in three critical areas of the game—ball-striking, putting and wedge play.

We’ll show you the building blocks you need to maximize your skills in each area, and give you a specific game plan to knit those skills into on-course performance.

We will also deliver those training plans in a way that is interactive and responsive to your unique needs as a player—whether that’s an improvement to your technique, diversifying skills so you can adapt to different situations, or just building some confidence..

Pick up your copy here

New book everyone needs to read from @clundberg @wilsmatt First off you get a better understanding of learning. Then they walk you through some assessments. Finally you can go test out some drills and games to build skills faster! Great playbook for any golfer. Make sure to subscribe to the podcast and watch for a few episodes with them in the future! 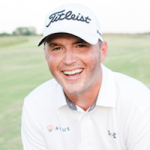 Corey Lundberg is COO and High Performance Coach at Altus Performance in Dallas, where he has helped develop players who have competed at every level from the PGA Tour to recreational golf. He has been recognized on Golf Digest’s Best Young Teacher and Best in State lists, and also as one of the 50 best youth teachers in America by U.S. Kids. 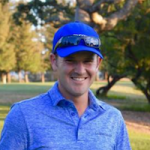 Matt Wilson is the Director of Next Generation Performance at Golf Canada, where he is responsible for preparing future players and coaches to compete at the national and international level. He has also been recognized as a Golf Digest Best Young Teacher and Top 50 youth instructor by U.S. Kids.

Lundberg and Wilson have presented their research around the world at seminars like the World Scientific Congress of Golf in Scotland.

To learn more, go to CuriousCoaches.com.

Boditrak Sports is a leading-edge sports technology company, focused on the interaction between an athlete and the ground. BodiTrak Sports is a sister company to Vista Medical, who developed the pressure-sensing technologies used in our products. Vista has been active in the pressure sensor production business since 1995. All of our products are (proudly) manufactured in Canada.

Their products give teachers, coaches and golfers the tools to visualize and better understand the golf swing, to make improvements and track success.

Make sure to check out their new certification program. A comprehensive education platform on an athlete’s interaction with the ground and golf performance, designed by the leading minds in the industry.