2 World Class Putter Designers Reveal How Putters Get Made

The putter… One of the golf clubs in your golf bag that seems to be more than just a piece of metal, it can make or break a round and one putt made or missed has changed careers for countless players.

Today we’re trying to figure out what goes into making a putter, from design to fitting with two incredible designers, Austie Rollinson of Odyssey Golf and David Edel of Edel Golf.

I believe in the basic premise, that my job as a fitter or a putter maker is to make what a person sees is real and what they feel to be real. 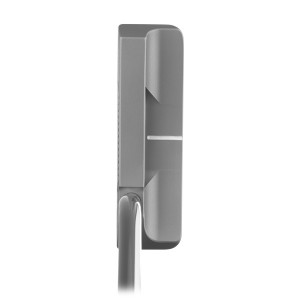 There are attributes to putters that give the perception of being either open or closed when looking at alignment.

For example, by moving attention backward on a putter, it tends to look open. When you do a laser test you can see it’s square to the target but to the mind it looks wide open. On the other hand when you move the attention forward, the putter tends to look closed.

Learn more about putter design and the impacts of different styles of putters on Edel’s website here.

Starting around the late-90s, players started using some of the solid core balls which gave them a little more distance but not the same feel that they had with the balata.

Odyssey put the softer urethane material from the golf ball on the face of the putter which matched up well with the firmer golf balls to give a similar feel as hitting an old balata ball. Players were able to have the benefits of a longer golf ball as well as a feel (the sound off the club face and the ball speed)

Since the urethane of an insert is a lot lighter that the metal it allows weight to be moved elsewhere into the putter and improve the center of gravity and inertia improving putter roll and forgiveness.

Listen to the entire story in this episode. 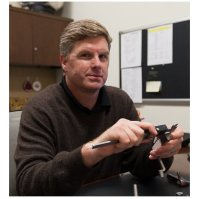 Austie Rollinson is the Principal Designer for Odyssey and is a senior member of the Golf Club Innovation & Development team. His primary responsibility is leading the creation of all of the company’s products under the Odyssey brand. Austie has had this responsibility since Callaway Golf purchased Odyssey Golf in 1997.

During Austie’s 19 years at Callaway Golf he has helped to design numerous driver and iron products in addition to most all of the Odyssey putters since 1998. Under the watchful eye of Mr. Helmstetter and Roger Cleveland, he helped design many of the popular Callaway Golf and Odyssey products including the Big Bertha and Great Big Bertha drivers, X-series irons, Fusion drivers, White Hot and 2-Ball putters, and TriHot putters. He is also named on 300+ worldwide golf-related patents. 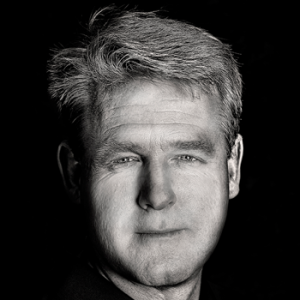 David serves as the company’s visionary leader, working tirelessly to innovate and develop ground-breaking products that shift the thinking of the golf equipment industry. His extensive club design and engineering expertise allows Edel Golf to continually push the envelope of equipment technology.