The mental game in golf is full of misguided and incorrect “mental game myths”. Today’s guest Dr Bhrett McCabe, shares his experience and best practices from his work with PGA tour players and athletes that perform at the highest level.

Lessons from the episode

IF YOU’RE NOT TRAINING YOUR MIND, YOU’RE FALLING BEHIND.

Compete and learn to be an elite competitor. Success doesn’t happen to you, it happens because of you and you have to be the one to make it happen because. You’re not guaranteed success.

And if it doesn’t happen initially
Stick with it and try to keep solving it.

Look at golf like a heavyweight fight. You’re going to get hit in the nose and get a few black eyes, but your goal is to have your hand raised at the end of the fight.

You’re ok regardless of the circumstance you’re in. Doesn’t mean it doesn’t hurt but emotion is human.

If you get kicked in the shin it hurts and your pissed off, but you don’t lay on the floor and ask why you always get kicked by the world and your such a loser. However the next time you hit a bad shot in golf there’s a good chance that’s what you’re going to do. This game is really really really hard.

You have to learn to experience emotion and understand it’s simply not personal.

Work hard to solve it to the best of your abilities and be a competitor. 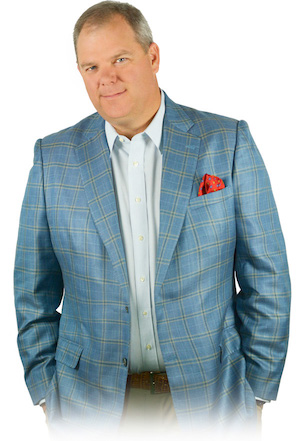 Dr. Bhrett McCabe is the founder of The MindSide and a Licensed Clinical Psychologist holding a PhD degree in clinical psychology from Louisiana State University (LSU), with an emphasis in behavioral medicine having completed his internship at Brown University in Providence, RI. While an undergraduate at LSU, Dr. McCabe was a 4-year letterman on the baseball team and was a member of 2 National Championship teams, 3 SEC championship teams, and 3 College World Series teams.

Dr. McCabe is a practicing Sports & Performance Psychologist who works with numerous athletes from the PGA and LPGA Tours, NFL, NBA, MMA, and serves as the sports and performance psychologist for the University of Alabama Athletic Department. Dr. McCabe has recently authored The MindSide Manifesto: The Urgency to Create a Competitive Mindset in order to help athletes, coaches, and leaders compete to the best of their ability. Dr. McCabe has published several academic journal articles, presented numerous scientific presentations, as well as provided insight and authored articles for trade magazines such as GOLF Magazine, Golf World, Golf Week, and ESPNW, among others. Dr. McCabe has also made several appearances on The Golf Channel’s Morning Drive and The Golf Fix.