Today’s guest is Performance and Sports Psychologist Dr. Bhrett McCabe who talks all about the 10,000 hour rule and gives some actionable advice on what you should be doing to better structure your training and learning. 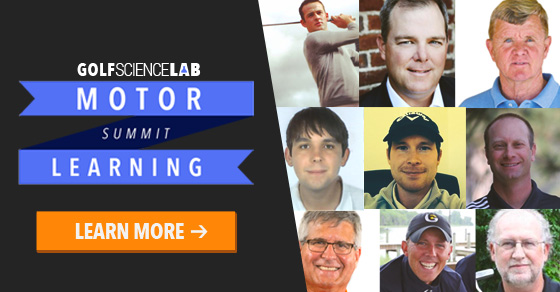 It’s very easy for us to tell our players “you just got to put in the 10,000 hours and you are going to reach success“. It came about because of this whole belief system that talent is not really a true thing.

I don’t really believe that and I don’t believe that because there are certain people that I see who have just as an inability to put a ball and a club together.

For instance, look at last year’s Rookie of the Year Odell Beckham Jr. I went to school with his mom and dad at LSU. I was also at school with Shaquille O’Neal and I played with other guys on the LSU baseball team that are in the baseball hall of fame. They have freaking talent. Odell Beckham’s parents were football players and track athletes. Now, we want to assume that he and I have the same abilities, DNA, we call it talent. The same capacity to perform at that skill.

Where we’re making the mistake is we’re assuming that talent doesn’t matter and it’s all about how hard you work. So the reason the 10,000 hour rule irks me is that sometimes we just have to do with what we have and it’s not about doing more. It’s about doing it better.

It’s not Gladwell who did the research, it was Ericsson—he showed that it’s

not really about how many hours you should put in, but it’s more about deliberate, purposeful, structured practice.

In other words, you have to have a formula for what you do. But, it’s kind of like saying “Hey we have to lay more myelin for in the motor learning.” We take information; we take it out of the context.

In the field of research, human behavior and all the other kinds of research that go on, we start with ideas and observations that we move to retrospective analysis. Then we move on to prospective.

People who are better at their craft put in more and better work, but to say that it’s just more work – I think it’s where we’re making the mistake.

How to Practice and Train Properly

You have to be structured in the foundations, meaning the core that you build your skill from. This typically comes down to two or three critical components. When I go out onto the golf course, there are two or three things that every swing lesson I’ve taken come back to. Those are my foundations. If I can master those two or three things, then the fourth, fifth and sixth problems, such as somebody walking on the range and saying, “Hey it looks like your hands are getting open on address.” That’s completely irrelevant to my foundation, so you know it’s something not to focus on.

Then, you have to move into structured, kind of simulation practice.

If we don’t have those factors, we are not learning. All we are doing is rehearsing.

I think another important thing is that if we don’t induce failure in our practice, then we are not really pushing ourselves to our limits.

Failure is something that is this generation is going through. Failure is tough because we don’t always feel like we have many chances and I know if I have a business opportunity I sit there and say, if I don’t get a deal, I don’t know if another one is going to come around. They always come around if you continue to do good work.

We have to be growth mindset.

What is a growth mindset?

It’s about learning in everything. We are creatures of learning and engagement.

We’re organisms for growth and that’s what we need to be. If we don’t fail during practice, we are not growing. We are not training to be figure skaters where we rehearse a routine, the environment is the same and success is based on who can perform to their best of their abilities.

Golf, baseball, basketball—all these competitive sports have variable environments that require us to be able to push through failure on a daily and a minute-by-minute basis and to be accepting of outcomes instead of being locked into the desires of what we want. 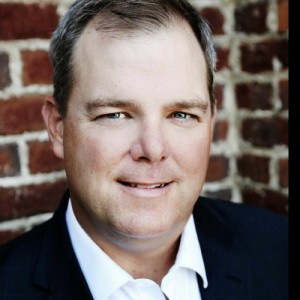 Dr. McCabe combines his personal competitive experiences, academic credentials, and collective perspective to serve as a clinical sports psychologist that differentiates his work from the field. Over the past 8 years, he has served as a sports psychologist for athletes looking to improve their performance or overcome an injury, for coaches looking to improve their communication and motivational skills, for teams looking to deliver on expectations, and corporations looking to maximize the effectiveness of their employees. Whether through his One Percent Principle or through his MindSide platform for success that involves attention to details with disciplined execution, Dr. McCabe continually demonstrates his ability to take the difficult and make it easy for clients and coaches alike.

Dr. McCabe is a licensed clinical psychologist, a graduate of Louisiana State University (BA, MA, and PhD), and completed his doctoral internship at the prestigious Brown University Clinical Psychology Training Consortium at the Brown University School of Medicine. With a clinical specialty of Behavioral Medicine and Health Psychology that emphasizes the role that psychological factors play in medical conditions, fitness, and health, he understands the physiological basis for performance as well as the psychological factors for success.