Today we’re joined by the incredible Dr Fran Pirozzolo, former mental skills coach for the New York Yankees as well as psychologist and coach to many PGA tour golfers, and in this episode he shares concepts to accelerate your learning.

If it’s not difficult there really is no new learning happening. The goal of all learning is retention and the transfer to other environments. Desirable difficulties are one of they concepts that help achieve those goals. Watch the video below to learn more.

Dr Fran shares some of the most important aspects of learning that should be implemented in golf from his decades of research in other sports and with the military. Check out this quote about the importance of randomizing practice and not attempting to hit shot after shot “perfectly”.

The brain wants to see change and will reject doing the same thing over and over again.

Dr Fran also shares some of the research and concepts around mastery learning and what you need to be applying to your training to take it to the next level. Learn how “testing” might have benefits for growth and improve long term learning.

We talk about staying motivated and pushing through desirable difficulties that are necessary on the path of learning. It’s a concept that golfers and coaches need to understand to keep moving along and not get stuck with a fixed mindset when in reality we need learners to have a growth mindset. We talked about this more on a past episode with Trevor Ragan you can listen to here.

And at the end of the episode Dr Fran shares the critical component to understand when you approach learning. Don’t miss it!

I want to be better tomorrow than I am today. 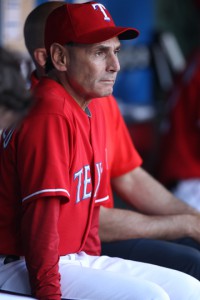 Dr. Fran Pirozzolo is a licensed consulting psychologist who has worked with many of the world’s top athletes and is currently the Mental Skills Coach for the Texas Rangers Baseball Club. He also has a private practice consulting business. in his home town of The Woodlands, Texas just north of Houston.

Dr. Pirozzolo was the Mental Skills Coach for the New York Yankees from 1996 – 2002, a period during which the Yankees won four World Championships. From 1988 – 1995, Pirozzolo served in a similar position in uniform with the Houston Astros, for the Detroit Tigers (2000). In 2002 Dr. Pirozzolo became the player development coach for the NFL’s Houston Texans from 2002 -2006. His work with the Texans resulted in winning the Winston Shell Award for excellence in player development. Pirozzolo was a training consultant for the Heavyweight Champion of the World, Evander Holyfield, from 1990 – 1998.

Dr. Pirozzolo also was a Visiting Scholar with the Kravis Leadership Institute at Claremont-McKenna College and has received numerous awards for research in neuropsychology.