Dr Anders Ericsson is one of the foundational researchers in the field of learning and joins us today to talking about what it takes to achieve peak performance.

We talk about this balance of time spent and quality of time. It’s not necessarily about how many thousands of hours one is putting in but the quality of that practice and making sure it hits on the attributes of deliberate practice.

Instead of just making a movement and repeating a task, the athletes that see the most growth are the ones that put in the thought and planning stage of each shot.

Dr Ericsson talks about the role of a great teacher and some of the traits to look for when trying to break through the next level.

Should we push ourselves and be fully concentrated during practice? We see some athletes in practice just going at 50% and not going at “game speed”. If you’re going to be 100% during training during the week you’re going to get tired and face exhaustion.

You can really only focues and give 100% for a couple hours in a day. Elite level of performers don’t necessarily practice for 12 hours a day. Instead looking to get a couple hours of highly focused and effective training.

We also learn some guidelines on how long kids and adults can focus and get quality training in.

If you’re looking for a GREAT book to start to understand learning and how elite performers become elite Dr Ericsson’s recent book PEAK is a must read. The way it’s presented is 100% approachable and practical no matter your knowledge level. 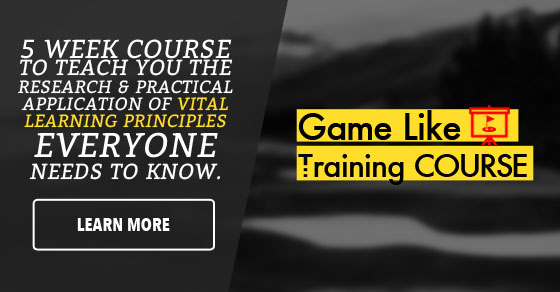 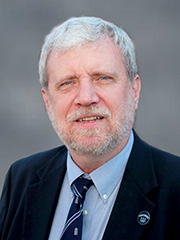 ERICSSON, K. ANDERS, is Conradi Eminent Scholar and Professor of Psychology at Florida State University. In 1976 he received his Ph. D. in Psychology from University of Stockholm, Sweden, followed by post-doctoral fellowship at Carnegie-Mellon University. In 1980 he moved to University of Colorado at Boulder, where he remained until 1992 with the exception of a two-year leave during 1987-89 at the Max-Planck Institute for Human Development and Education in Berlin. His dissertation (Ericsson, 1976) examined how verbal reports on cognitive processes provided insight into the structure of problem solving on the 8-puzzle. In collaboration with Herbert Simon he proposed a model of the processes involved in verbalization of sequences of thought and showed how some verbal report requirements, such as generations of explanation, have reactive effects on the studied cognitive processes whereas other reporting procedures, such as think-aloud and retrospective reports, valid data on thought processes. This work was initially published in Psychological Review (Ericsson & Simon, 1980) and then expanded into a book “Protocol Analysis: Verbal Reports as Data” (Ericsson & Simon, 1984) which was subsequently revised (Ericsson & Simon, 1993). With Bill Chase he studied the acquisition of a vastly improved digit-span in college students (Ericsson, Chase, & Faloon, 1980) and they developed the Theory of Skilled Memory (Chase & Ericsson, 1982; Ericsson & Chase, 1982) to explain their findings and other data on exceptional memory performance. With Walter Kintsch he extended this theory into Long-Term Working Memory (Ericsson & Kintsch, 1995) to account also for the superior working memory of expert performers and memory experts (Ericsson, 1985; Ericsson & Polson, 1988). His current research concerns the structure and acquisition of expert performance and in particular how expert performers acquire and maintain their superior performance by extended deliberate practice (Ericsson, 1998; Ericsson, Krampe, & Tesch-R�mer, 1993; Ericsson & Charness, 1994; Ericsson & Lehmann, 1996; Krampe & Ericsson, 1996, Lehmann & Ericsson, 1998a). He has edited books on the structure of expertise “Toward a General Theory of Expertise: Prospects and Limits” (Ericsson & Smith, 1991) and the acquisition of expert performance “The Road to Excellence: The Acquisition of Expert Performance in the Arts and Sciences, Sports, and Games” (Ericsson, 1996). For some recent reviews of the continuing work on expert performance (see Ericsson, 1998, 1999, in press), on Long-term working memory (LTWM) (see Ericsson & Delaney, 1998, 1999; Ericsson & Kintsch (in press); Ericsson, Patel & Kintsch, 2000) on protocol analysis (see Crutcher & Ericsson, 2000; Ericsson & Simon, 1998) and expert performance in music (see Lehmann & Ericsson, 1998a, 1998b, 1999).