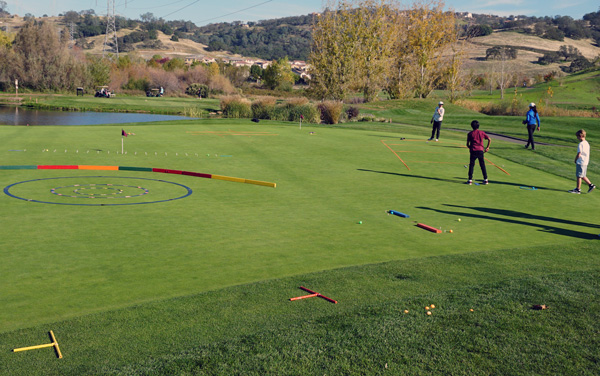 The three stages of development are:

Alfred North Whitehead called the three stages the, romance stage, precision stage and generalization stage. Studies show any emphasis on structured, deliberate, effortful training and practice during the first or early stages of development is now associated with great costs.

In most cases deliberate practice is not associated with great levels of sports proficiency when compared with diversified, enjoyable, playful training.

1. During the early sampling years there should be low frequency of structured deliberate practice and lots of “play” activity.

2. During the specializing years there should be equal amounts of deliberate practice and deliberate “play “activities.

3. During the investment years there can be more deliberate practice than deliberate “play “when training (the skills have already been learned).

One other key component during the sampling years it is important to sample several different sporting activities, instead of specializing in one sport.

An athlete’s cognitive system (brain) during training is being re-organized to meet the needs of the tasks at hand. Researchers have now assessed what they believe to be the optimal amount of structured, deliberate practice and the optimal amounts of deliberate “play “activities that best support the three stages of development.

At each of these stages there are different amounts of time devoted to deliberate practice and deliberate “play.” An athletes involvement with other activities beyond their main sport will also influence their development.

This Developmental Model of Sports Performance (DMSP) is consistent with general theories of child development (Paget, 1962 Vigotsky, 1978) that support the building blocks for physical, cognitive and emotional development.

When it comes to sports participation there are three natural outcomes, people either become…
1. Recreational participants
2. Elite participants
3. Those who drop out

It has been shown that which one of these three outcomes individuals will experience is influenced heavily by the type of activities and contexts they experience during their three stages of development: sampling, specializing and investment (Cote et all, 2003 Cote & Hay, 2002)

This model (SMDP) has allowed researchers to asses what appears to be the optimal amount of deliberate practice and deliberate “play “at each stage of development. Simple repetition is insufficient, training activities must increase to a complexity just beyond current developmental stages.

Early specialization is associated with dropping out in sports, while staying involved is supported by early diversification.

A single focus on tennis at an early age contributed to withdrawal from the sport (Lochr, 1996).

Parents of hockey players, both active players and ones that dropped out (ages 6-13), found the players who dropped out spent more time in deliberate, specialized practice and training “off ice” (low enjoyment), than the expert athletes who experienced more “play “(Hodges and Deakin, 1998).

A lack of enjoyment was the most common reason for withdrawal from sports altogether (Ewing and Seefeldt, 1996).

The Value of “Play” During Early Development

Respected research has demonstrated that a significant component of the early sport experience of current elite athletes was a wide spread involvement in a range of both organized sports and deliberate “play “activities.

Researchers Cote and Hay defined deliberate “play “as an activity designed to maximize inherent personal enjoyment.  Deliberate “play” activities are normally regulated by flexible rules, adapted from standardized sports rules, and they are normally set up by the participants involved in the activity.

John Brandsford, editor of How People Learn pointed out that “play” activities should promote “interest” over focusing on trying to make play fun.  When “play “is interesting, individuals stay interested during their unwanted outcomes.

When involved with deliberate “play” there is less concern with the outcome of behavior than with the enjoyment of the behavior.

Deliberate “play “behavior in sport can have immediate value in terms of motivation to stay involved in sports and it also has benefits related to the ability to process information in various sporting situations.

Motivation based on self regulation (Ryan and Deci, 2000) supports the idea that early “intrinsically ” motivating behaviors (deliberate play) have a positive effect on staying motivated, becoming more self determined and being committed in future sport participation.

From a skill acquisition perspective, deliberate “play “serves as a way for athletes to explore their physical capacities in various contexts. This was found to be true for elite hockey players who spent more time in deliberate play than deliberate practice activities before the age of 20.

These findings also hold true for elite and recreational baseball players (Gilbert et all, 2002).  The elite players were involved in more deliberate “play “than recreational players from ages 6 to 12.

Deliberate “play “in various contexts will ultimately provide a broad foundation of skills that will help to overcome the physical and cognitive challenges of various sports as well as their main sport (DeKnop, Engstrom, Skistad, 1996).

Schmidt and Wrisberg (2000) suggested that transferable elements could be categorized into movement skills, perceptual skills and conceptual thinking skills.

• Physical demands such as power.

• Movement demands such as precision and esthetics.

• Cognitive demands such as perception memory, or strategic capabilities.

These demands are developed more efficiently through deliberate “play” than structured deliberate practice.

Michael Hebron
Highly respected throughout the international golf community, Michael consults on golf instruction to PGA America, Switzerland, Italy, France, Finland, Canada, Japan, Sweden, India, Australia, Chile, Costa Rica, England, Ireland, Wales, Scotland, Czech Republic, Spain, and Denmark. He has given instruction clinics at 30 PGA of America sections. Through his dedication Michael earned the honored status of becoming the 23rd PGA of America Master Professional. His book, See and Feel the Inside Move the Outside, was the first golf instruction book accepted as a PGA Master’s thesis. Since then, he has written hundreds of articles for leading golf magazines and authored 4 other books and 3 DVDs. Golf Magazine and Golf Digest have consistently named Hebron as a member (since their first listings) of America’s Top 50 Instructors.